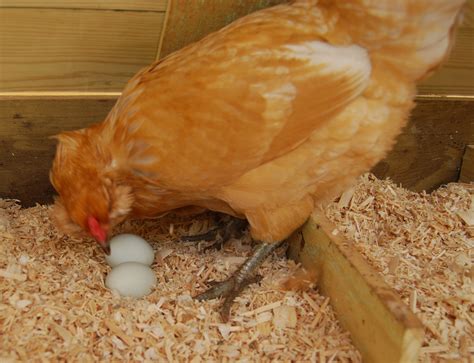 Ceremonial and traditional aspects
In traditional societies, poultry are often used for ceremonies, sacrifices and gifts. What follows are some traditional aspects of poultry keeping.
Among the Mossi people when no poultry is available (such as after a Newcastle Disease outbreak), to meet customary family obligations, the household must purchase or borrow a bird. Chickens are given to convey value to a relationship, or to offer thanks for a favour or help (such as from government officials). For most socio-cultural and religious purposes, the required sex and colour of fowls are also prescribed. For example, a family will give a white cockerel when an agreement for marriage is reached.
The consumption of eggs in Mossi villages is uncommon. There is a strong belief that a child who regularly eats eggs will become a thief, reasoning that the good taste of eggs will make the child want to eat eggs often.
The only eggs consumed are those that fail to hatch under broody hens. These are boiled and then eaten. Chicken eggs, unlike guinea fowl eggs, are not part of the trade in poultry products, since all eggs are required for hatching to maintain the flock (given the normally high losses during rearing).
Dealers from urban areas reflect the demand for village eggs. The eggs are often bought by small food stall merchants who boil the eggs and resell them as snack food. A considerable number of guinea fowl eggs are collected by the Mossi for sale, most of which find their way to the cities via village markets, where dealers buy the eggs.
The Mamprusi society in northern Ghana has a variety of uses for poultry products. Chicken cocks are the most popular sacrificial animals. Guinea fowl cocks are not used. The colour of the bird is important. A red cock is sacrificed to ask for rain or a good harvest; a white cock is used to convey value in relationships, and a black cock is used to ask for protection against disease, war or quarrels. Because of these customs, red, white and black cocks have double the value of cocks of other colours.
The sale of young birds and eggs takes place in the Mamprusi village markets. Prices fluctuate during the year, and are low during the pre-harvest season, when the granaries are empty and the crops are still growing and thus cash is less available.
At such times, traders from the south come to buy for resale in the cities. Sometimes, middlemen dealers are involved. They buy the birds in the villages and sell them at markets or to city-based traders. The sale of poultry products from Mamprusi households contributes about 15 percent to Mamprusi annual cash income.
Poultry consumption by the household is rare, as most birds are sold for income generation. In Mamprusi society, women, circumcised girls and first-born children do not consume eggs or meat. These products are only eaten by elderly men, male visitors and young children.
The reasons are not fully understood. Some Mamprusi women believe that during pregnancy, their behaviour (including their food choices) can affect their unborn child.
In Bangladesh, eggs and meat are consumed mainly by men and boys, and very rarely by women and girls. Low-income groups generally do not consume eggs or meat. These products are sold, and from the proceeds, essential items are purchased, such as carbohydrate and low cost vegetable protein foods.
Also read:
How to take care of your chicken flock
How to build a poultry house | Ventilation
Crop farming tips
How to increase production by use of nesting in chicken
How to build a poultry house|Space
Guinea fowl, more than chicken, are given as gifts to visitors. To give a gift is considered to be a wealth-increasing action as well as an act that conveys value on the receiver.
Farmers often save for agricultural equipment or other materials and small livestock is used as a savings account. The offspring, like chicks, are considered to be the interest on the savings.
In many parts of Africa, birds are sold to meet unforeseen expenses. The birds usually sold from the village flock are: surplus males (cockerels and cocks); pullets; old hens; non-productive hens; large-sized birds and sick birds. Young birds are often sold just before the onset of the high-risk period for Newcastle Disease.
Traditional taste values placed on poultry meat
It is important to understand traditional taste values and their effect on market demand.
The market price for free-range birds for meat is usually stable because:
x the meat is considered tastier and stronger flavoured than commercial broiler meat;
x the meat (muscle tissue) is tougher, and retains its texture when prepared in dishes requiring longer cooking; and
x the birds are not fed with compounded feed which may contain antibiotics, anti-mould compounds, enzymes, sulpha drugs and other medicines or synthetic chemicals.
In eastern Asia, it is believed that chickens fed with chemicals and drugs have poorer therapeutic value, as they do not combine well with ginseng and other oriental herbs used in making soups, especially steamed types.
For this type of soup, younger pullets are preferred and thus they fetch a higher price than do the cockerels. The female is said to be more beneficial and the meat tastier. Steamed chicken soup is believed to provide virility and vigour. It is commonly recommended in Malaysia for pregnant women and for those recovering from sickness.
In the case of large-scale commercial ayam kampung (local village chicken) production in Malaysia, local birds are confined and fed on commercial rations but they fetch lower prices than free-range local birds.
Such large-scale production has an effect on the market value of all local birds, as purchasers have difficulty distinguishing between genuine free-range and commercially fed local birds. However, the price of ayam kampung continues to hold a margin above that of commercial meat chickens.
Carcass parts and organ meats
The value of birds for sale in developing countries depends firstly on the available supply, secondly on the age and sex of the birds, and thirdly on their size or weight.
Young birds, especially cockerels up to six months of age (weighing up to one kilogram live weight), are usually preferred by consumers.
This is because larger birds are more expensive for most households, and smaller birds are more tender and have the same preferred portions (drumsticks for example).
Whatever the size of bird, all chickens have an equal number of high-demand portions (such as breasts and drumsticks), and a similar proportion of gizzards and other desirable organ parts
Buying small birds supplies the same number of the desirable parts for a lower price.
Together with the tenderness of the meat, this explains the heavier trade in young birds, which are also bought for replacement stock in depleted flocks.
Like and follow @MkulimaTODAY facebook|twitter|instagram|pinterest share this article and leave a comment #SupportingFarmers