EGG QUALITY CONSIDERATIONS
Quality determines the acceptability of a product to potential purchasers. The quality of eggs and the preservation of this quality during storage is a function of their physical structure and chemical composition.
A basic outline of the most important factors of concern in egg quality is presented below.
Egg composition
The egg consists of shell, two shell membranes, the white (or albumin) and the yolk.
The shell is quite porous  to air and water vapour but is very resistant to invasion by micro-organisms as long as it is clean and dry. A thin outer covering on the shell called the “bloom” or “cuticle” (which is unfortunately easily removed by washing), assists this process.
After the egg is laid, its contents shrink, both from cooling and water evaporation. Air is drawn in (along with anything else on the shell, such as bacteria or fungi) through the pores in the shell to replace this loss.
A gap opens up between the two membranes because the outer one is attached to the shell and the inner one is attached to the egg white. This gap is known as the “air cell” and is usually found at the large blunt end of the egg.
The egg white takes the form of a “thick” albumin sack enclosing the yolk, with a more fluid “thin” albumin between this sack and the yolk to the inside, and again between the sack and the shell to the outside.
These layers provide a barrier to prevent the yolk touching the shell and to provide food for the embryo. Egg white has specific antibiotic effects, which further protect the yolk. Egg white also contains two fibrous cords (the chalaza), which are attached to the yolk and to either end of the egg, which help hold the yolk in the centre and assist in preventing the yolk from touching the shell. 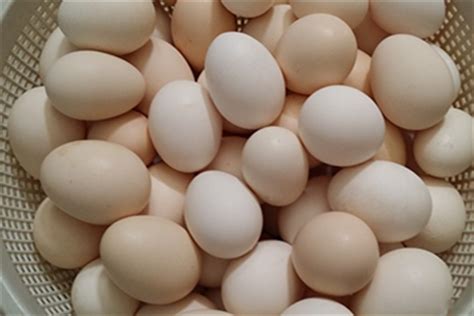 The weight of an egg laid by a local village breed of hen is about 35 g. Commercial hybrids lay eggs of about 58 g weight. The shell comprises approximately 11 percent of the weight of an egg, the remainder being the edible portion. By weight of edible portion, the yolk is 36 percent and the white is 64 percent.
Shell quality
Eggs of unusual shape are more likely to be damaged during the marketing process, and consumers do not like them.
Small thin cracks in the shell, which do not leak, are called “checks”. These are usually detected by candling. “Checked” eggs should be sold for immediate consumption, as their storage life is limited.
The household usually consumes eggs with leaking cracks, where the eggshell membranes are broken as well as the shell. Brittle, thin-shelled eggs (shells less than 0.35 mm thick) are also unsuitable for transport to market.
Also read:
Must have for a poultry house at night
Farmcrowdy wins Digital Business of the Year Award,Nigeria
How to produce poultry feed from trees,shrubs and fruits
Secrets of Ugandan billionaire farmer Erisa Kakyomya
Cleaning your poultry house
Dirty eggs must be cleaned by dry or wet methods, and thus have a higher marketing risk because of the removal of the cuticle.
Shell colour is not a guide to egg quality, but there is usually a consumer bias to either white or brown, which must be considered in marketing.
Egg yolk and egg
white quality Consumers  prefer the odour and flavour of normal fresh eggs. The yolk should be round, firm and yellow in colour.
Local yolk colour preferences may vary and can be easily adjusted by raising or lowering the amount of green leaf material included in the poultry ration or supplement. Egg white normally has a slightly yellow-green tinge and the thick white is slightly cloudy.
Consumers are usually critical of blood or meat spots, which can vary in colour from red to grey, and in size from small specks up to one square centimeter.
Blood spots are caused by slight bleeding at the time of release of the ovule (yolk) from the ovary of the hen. They may be found in the white or adhering to the yolk.
Deterioration
The interior quality of eggs deteriorates after laying at a rate depending on time and conditions of storage, such as temperature, relative humidity (RH), and the presence of strong smelling substances or other food items in the storage place.
Eggs stored at 27 to 29 o C for 7 to 10 days will show deterioration changes similar to the same eggs stored at minus 1 o C and 85 percent RH for several months.
The changes are due to water loss, carbon dioxide (CO2) and the absorption of volatile odours from the environment.
Moisture loss
Since an egg contains about 74 percent water and the shell is porous, eggs readily lose moisture. A weight loss of 2 to 3 percent is common in marketing and is seldom noticed by the consumer.
When losses exceed this level, the air cell is noticeably enlarged by shrinkage in the contents of the egg. This loss is reduced if the storage humidity is high and the temperature is reduced. Coating the eggs with oil and other substances can also reduce the loss. 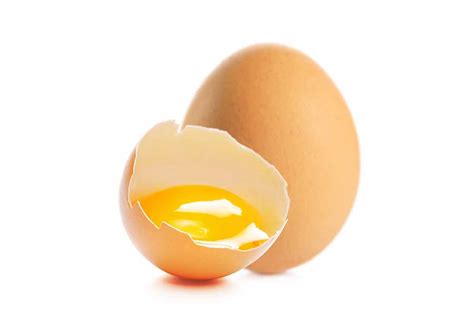 The ideal conditions for egg storage are about minus 1 o C and between 80 to 85 percent RH. At storage temperatures of 10 o C and above, the optimum RH is 80 percent.
There is a risk of mould spoilage when the RH is too high. Paper pulp egg trays or other packing materials that readily absorb moisture will accelerate moisture losses from eggs. A temperature as low as 10 °C is unlikely to be practical in rural areas of many developing countries.
Temperatures between 10 and 15 °C are more practical, but even then, care should be taken when moving the eggs from cool storage into the outside air with its higher temperature, which often causes condensation to form on the shell, with consequent risks of mould and “rot” growth.
Microbiological spoilage
The contents of the egg are usually sterile when the egg is laid. The main cause of contamination is the washing of eggs.
Wetting the shell allows micro-organisms on the shell to penetrate and multiply inside. Common indications are green, black and red “rots”, mustiness and sourness.
The bacteria causing these effects cannot penetrate the shell if it is kept dry. If eggs do become wet through condensation, for example after removal from a cool store into a warmer room, bacteria may then be able to penetrate the shell.
Tainting
Eggs, especially yolks, are easily tainted by strong odours, from such sources as disinfectants, soaps, diesel, kerosene, petrol, paint, varnish and wood preservatives.
Other foods, such as onions and citrus products, can taint eggs after only a few days of exposure.
Like an follow @MkulimaTODAY facebook|twitter|instagram|pinterest share this article and leave a comment #supportingfarmers