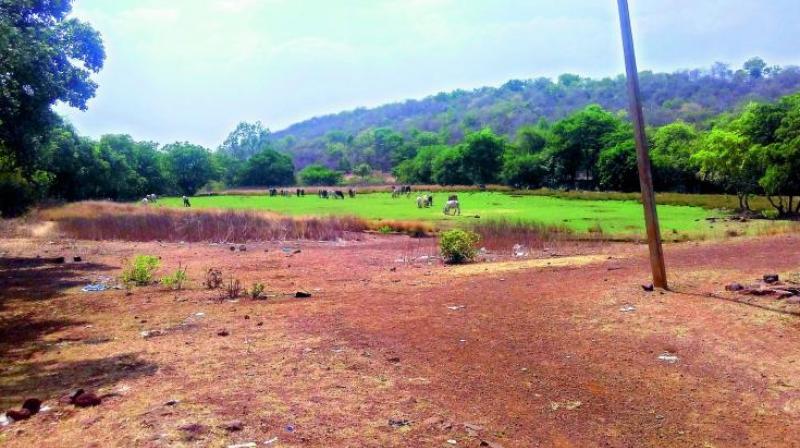 Transactions related to transfer of land titles by sale will be done via Irembo portal effective May 1, 2018, the Rwanda Land Management and Use Authority (RLMUA) has announced.
Operated by Rwanda Online, Irembo is an online platform on which several e-Government services can be accessed.
The new move to automate the transfer of land titles is aimed enhancing effective and efficient land service delivery, according to a statement from RLMU dated April 23, 2018 and signed by the Land Registrar, Esperance Mukamana.
ALSO READ:-
Burkina Faso calls for closer cooperation with Uganda
African governments fighting climate change
Tech that is feeding East Africa
Transforming farming in Rwanda
BEANS FARMING IN KENYA
“It is no longer mandatory that people who apply for the transfer of land title by sale at sector level have to also send these applications to district offices. This will effectively be done through Irembo portal—who will transfer the application data to the Rwanda Land Management and Use Authority,” the statement reads in part.
Mukamana added that “effective May 01, 2018, no application relating to the transfer of land title by sale shall be received (handled) at the district level but rather be handled at sector level. Once the transfer has been approved, new land titles will be sent back to the sector offices from where the applicants will collect them.”
She urged sector offices to ensure that any issues that would affect these services relating to internet connectivity should be addressed ahead of the set date.
The transfer of a land title by voluntary sale through Irembo will now take not more than seven days at the usual cost of Rwf30,000, according to Carole Gwiza, the Product Manager at Rwanda Online.

Gwiza said the idea of incorporating the transfer of land titles via Irembo came up around 2015 and it has since been on trial – taking into account users’ feedback – until end of last year.
document.write(“https://kilimall.postaffiliatepro.com/scripts/564ubo4wg3?a_aid=jhoyugi&a_bid=f9f8403a&w=1&refx2s6d=+encodeURIComponent(encodeURIComponent(document.URL))+“);

“We received about 7000 applications for the transfer of land title by sale service, which makes it the most sought-after service of all land related services handled by Irembo. This service alone makes 70 per cent of the applications we receive on land matters.” Gwiza told The New Times.
Having the service automated will eliminate two trips one had to make to sector and district offices in pursuit of the transfer of land title, which is “more than 80 per cent of the previous hustle,” she said.
The Rwanda Land Management and Use Authority will be able to access all the applications through Irembo’s backend, do the necessary background checks and respond in seven days, officials said.
Our next step is to make sure that applicants can apply and receive the new land titles online without necessarily having to go back to sector offices to collect the hard copies. We want everything 100 per cent automated, that is what we are working on now,” Gwiza said.
She added that online government services are making it easy for Rwandans to access public services faster.
But Gwiza said there are still a few challenges linked to the old ways of doing things.
“In some cases, for example, if I sell you my land today you have to notarise the agreement. The current law says that both the seller and the buyer have to be there physically for the agreement to be notarised.
“This will be a constraint if one is not available but there should be room to provide power of attorney.  If we are to go fully electronic, this is something that can be looked into – long into the existing laws and make them fit the new development strategy,” she added.