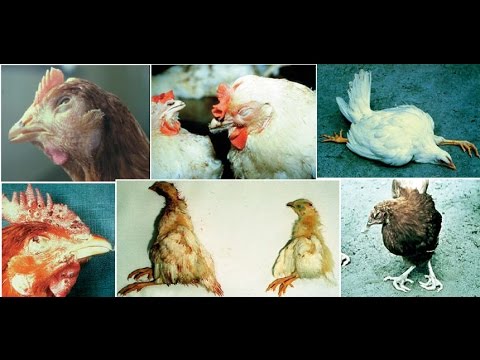 EPIDEMIOLOGY
Management system effects
Although nearly all the important poultry diseases are found under all types of management, the pattern of disease in free-range birds is different from that seen in intensive poultry production.
Free-range flocks usually comprise different species of all ages, and are constantly exposed to the weather, environment and seasonal outbreaks of disease, as well as to germs and parasites found in the soil and in wild birds and animals.
In a 15-year study of the incidence of poultry diseases in northern Nigeria, Sa’idu et al. (1994) found  viral infections (such as Newcastle Disease  in chickens and pox in turkeys) to be the most common cause of disease, although concurrent viral infection with parasites constituted about half the cases studied .
Also read:
3 ways to provide heat to your chicks
5 socio-cultural constraints to poultry development
How to plan your flock production and size
What NALEP and the ministry of Agriculture together with avocado farmers are doing in Embu County
Secrets of Ugandan billionaire farmer Erisa Kakyomya
They concluded that viruses and parasites caused the most important diseases in indigenous chickens and that they were seasonal in their onset.
Another study (Adene and Ayandokun, 1992), which looked at the changing pattern of diseases in southern Nigeria over the period from 1949 to 1955, found that mortality in the free-ranging flocks at the University of Ibadan was due mostly to the following:

and tropical poultry mites (Ornithonyssus bursa) in chickens, and Numidilipueria tropicalis in guinea fowls. These parasitic infections were greater causes of mortality than Newcastle Disease at that time.
Another survey of backyard chicken flocks in Zimbabwe (Kelly et al., 1994) tested 450 blood samples from 52 flocks, and found Infectious Bronchitis (IB) in 85 percent and Newcastle Disease (ND) in only 27 percent of the samples. A possible explanation for the lower frequency of ND is that the mortality is usually much higher from ND than for IB, so fewer birds survive to be counted.
Similarly, in Zambia, a survey based on 2000 blood samples (Alders et al., 1994) found that the mean seroprevalence of Newcastle Disease was 37 percent, which varied between 29 percent in the northern province and 51 percent in the Copper-belt province.
Like and follow  @MkulimaTODAY, facebook twitter instagram pinterst share this article leave a comment or  a question.